Since 1976 when I was a Camp Young Judaea – Sprout Lake camper during its inaugural summer, I’ve spent the greater part of my life involved with Young Judaea—personally and professionally. Not only did I meet my wife that first summer at Sprout Lake, but my kids have grown up in Young Judaea as well.  Next year, our youngest daughter will spend the year in Israel with Young Judaea Year Course, making us 4/4 Year Course participants.

If you’ve ever been around me for five minutes, you know how many amazing stories I have at the ready about Tel Yehudah and Young Judaea.. They might have happened last week, last summer, or 30 summers ago, but each one illustrates one or more of the many ways kids and teenagers can benefit from their time in Jewish summer programs, and why they are the best way to instill a lifetime of engagement with Judaism and Israel.

Stories are great. They hook us in and make us laugh or smile or even tear up because we’re just so touched. However, when I tell parents that they really need to make sure their teens get the opportunity to attend Tel Yehudah—despite the pulls of traditional college prep, part-time jobs, or volunteering—sometimes stories aren’t enough.

Sometimes a little data makes all the difference, so I was thrilled to see the results of a study Young Judaea commissioned that found high levels of Jewish and Israeli engagement in Young Judaea alumni, years after they leave camp and other Young Judaea programs. Check out the article—published in eJewish Philanthropy—below, or go right to the study for a deeper dive into the long-term impact of Tel Yehudah and Young Judaea on the lives of generations of young Jews..

New Study of Young Judaea Alumni Finds High Levels of Jewish and Israel Engagement Years and Decades Later was originally published on May 8, 2018 by eJewish Philanthropy.

The study surveyed 1,937 alumni age 18 and above, for an 18% response rate. Among the US sub-sample (N=1,599) which set aside the many Young Judaeans who had made Aliyah and the few others living outside the US, the survey found: 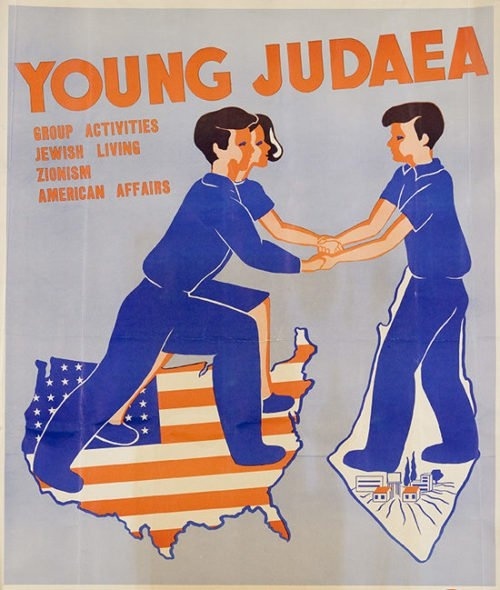 90% of those married have a Jewish spouse

Particularly notable were several comparisons of Young Judaea alumni age 25 to 39, and respondents to the 2013 Pew Research Center Portrait of Jewish Americans who were the same age, and similar parental and Jewish education background:

Overall, for similar comparisons of all adults, the study also found sizeable differences between the YJ alumni and the sub-sample from the Pew study. Among YJ alumni, 68% have mostly Jewish friends, as compared with 38% in the Pew comparison group. Other indicators with sizeable gaps include Shabbat candle-lighting (54% vs. 28%), in-marriage (90% vs. 70%), and feeling very attached to Israel (63% vs. 44%).

These comparisons, and the influence of Young Judaea on its alumni, are even more apparent when compared to Pew study respondents at large (see: YJ Alumni Highlights Executive Summary / infograph).

Additionally, the levels of Jewish engagement from the 2017 survey nearly matched or surpassed that of the last study of Young Judaea alumni, conducted in 1998, on almost all of the major indicators of Jewish engagement. The only exception found was in lower levels of synagogue and Jewish organizational membership, reflecting larger trends in Jewish life and American society. “The parallels between 1998 and 2017 are particularly impressive given the many changes in the American Jewish community in the last 20 years,” said Professor Cohen.

“For those who are understandably concerned about the future of the American Jewish community, the policy implications generated by this survey are very clear,” said Klarfeld. “Young Judaea experiences – whether in America or Israel – continue to lead the field of pluralist Jewish and Israel programming in having a positive and lasting impact on former participants. Young Judaea offers a proven answer to the question of how we should be engaging and educating young Jews today.”

New Study of Young Judaea Alumni Finds High Levels of Jewish and Israel Engagement Years and Decades Later was originally published on May 8, 2018 by eJewish Philanthropy.