My experience in Washington D.C. with my Tikun group is one I will never forget. My Tikun group this year was Gun Safety.I mainly chose it because unfortunately, we hear a great deal about mass shootings and gun violence on the news, especially in my home city, NYC. Obviously gun violence is an issue our society faces, so I wanted to understand it more, formulate an educated opinion on the matter and see what steps I can take, once I did so. I came into my Tikun group without a great deal of knowledge on the subject. Throughout the meetings of our Tikun group, I gradually learned about a lot of the aspects of gun safety and legislation concerning it. After a week of learning, we went to DC to talk to important organizations and senators about our issue and specific legislative actions we would like them to take. One of the most interesting parts of the trip was talking to organizations, such as the Heritage Foundation and senators that did not agree with my beliefs. It really taught me to open my mind to opposing views points. Overall, our trip to DC left me with a feeling of empowerment to an extent that I’ve never felt before and I am grateful to Camp Tel Yehudah for allowing me to experience this. 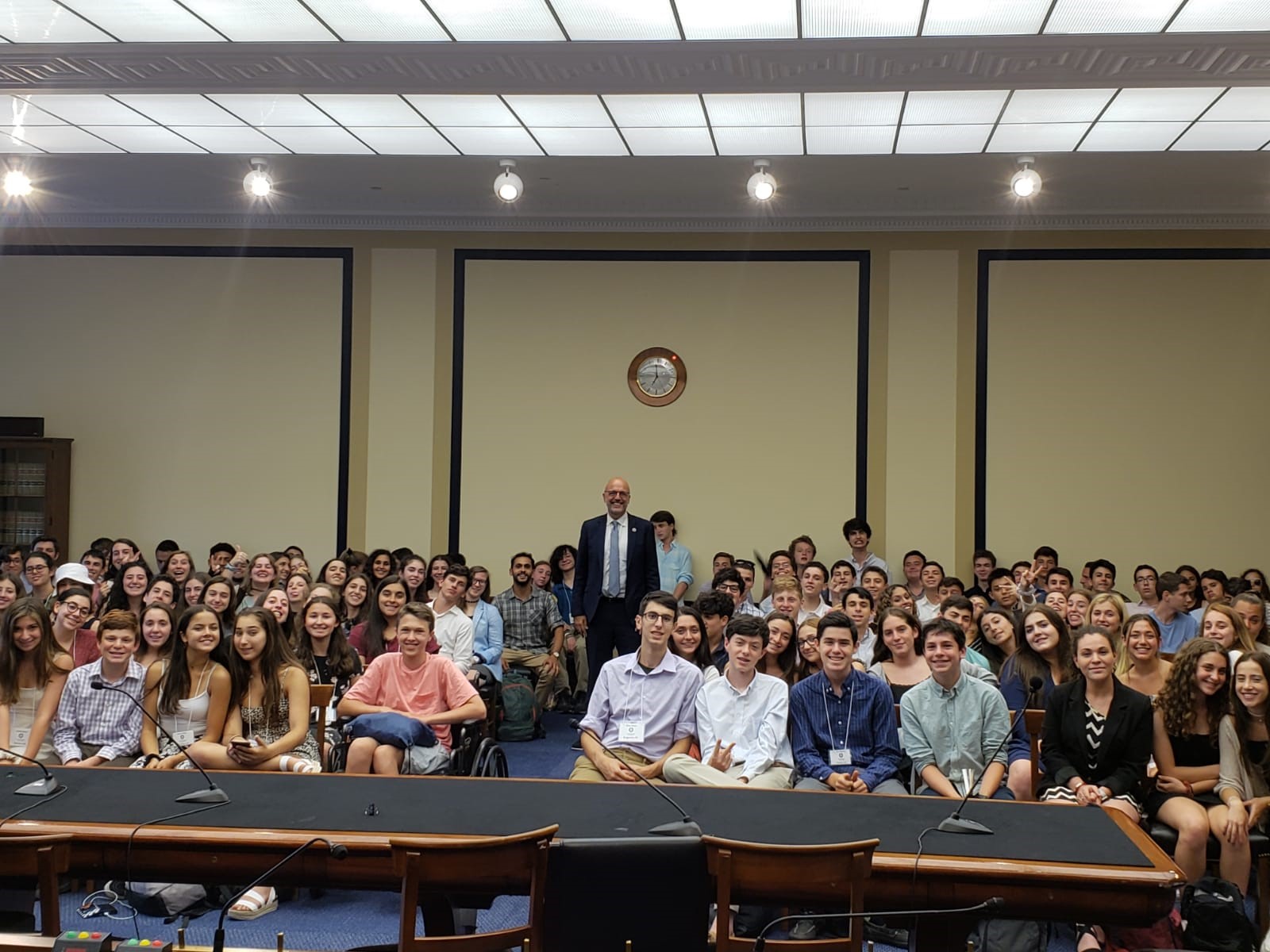 The most memorable part of the trip for me was meeting with different members of Congress on Capitol Hill. My Tikun group, women’s rights, met with a senator and two representatives who were from all sides of the political spectrum, which was a very valuable experience. Even when meeting with a representative whose views were entirely opposed to what we were advocating for, everyone in the group was able to still have a conversation about our issue and gain more understanding about the other side. My Tikun group was very well prepared for all the meetings, and we knew about a lot of legislation pertaining to women’s rights, so our passion combined with that knowledge allowed us to approach the meetings confidently and effectively advocate. I also really enjoyed meeting with different organizations that work for women’s rights. My group met with Planned Parenthood, the National Council for Jewish Women, and the National Partnership for Women and Families. In the meetings we learned a lot about what is being done about issues like abortion and equal pay, and we were taught how to effectively advocate for those issues. Even though I know I didn’t change the country just by that one day, the trip showed me that I do have the ability to show what’s important to me and that I can have a role in change eventually being made.

My experience in Washington D.C. with camp this year was an extremely memorable one. My group focused on immigration and our country’s southern border.  We specifically focused on asylum seeking, sanctuary cities, and the southern boarder wall. We met with many well-known organizations such as HIAS, the ACLU, and the Heritage Foundation. We were also given the opportunity to meet with the staff of some representatives. We met with senators Jeff Markley and Marco Rubio’s staff. We were given the chance to ask these different senators and organizations our questions on these topics. We were taken very seriously by both the organizations and the senators, which I found very surprising. Before the trip, my group and I met many times to educate ourselves on the topic and figure out what we would ask the senators. I am a lot more educated on the topic of immigration now than I was before. I don’t think I would have gotten the chance to have done this anywhere else in the world. This was an amazing experience that I will never forget.